Detox is the first step and, for many people, it will be the most challenging step of their journey to a sober life.

Detox is short for detoxification and is the process of the body removing toxins from its system. While a completely natural process — the human body is constantly detoxifying —when the toxin is an addictive drug, or a metabolized by-product of a drug, the process can have significant side effects.

Detox, the first stage of becoming free from drug and alcohol dependency, is both physically and psychologically uncomfortable. Purify™ by Hacienda Paradiso was created to ease this discomfort. Restoring the body and mind in safe and comfortable surroundings, under medical supervision. The detox process will be complete within seven to ten days, with many clients beginning a successful programme of recovery at the main residence, Hacienda Paradiso after the detox process is complete.

What is alcohol detoxification?

The process of detox from alcohol can be one of the most difficult detoxes. Although everybody is different, and therefore their detox experiences are different, for some people the alcohol withdrawal symptoms can be severe. And in a few cases alcohol detox, when not managed properly, can be fatal.

During alcohol detox the body will first rid itself of alcohol. However, as the liver metabolizes alcohol it can create more toxins. For this reason, the worst effects of alcohol withdrawal can occur when there is no longer any alcohol left in the system, but the remaining toxins will continue to have an effect while the body deals with them.

Detox is made harder by the withdrawal symptoms many will experience. Because the brain has become habituated to the presence of alcohol it will respond when alcohol has been withdrawn, altering its production of organic chemicals which can have both physical and mental effects.

Despite being a challenging and demanding process, alcohol detox is not a cure for an alcohol use disorder. Instead, it is a necessary first step to starting an addiction-free life.

What happens during alcohol detox?

Because it is so physically and mentally demanding, and not without risk, alcohol detox should always be carried out with medical supervision. Detox @ Purify™ is a comfortable and luxurious process. We’ll ease your detox using the most advanced medication assisted treatment in a combination tailored to your exact physiology. Purify™ often begins with a DNA test to identify which medication will work best with your body, so you can ease into the process safely, securely and under the best possible supervision. Purify™ is part of the award-winning Villa Paradiso Group, holders of the prestigious ‘Best Rehab in Europe’ accolade from Worlds Best Rehab Magazine.

Detox will usually last between seven and ten days, although in certain cases rapid detox may be possible. Our expert detox team ensure that most people will never experience the most severe symptoms, allowing their body to heal while we work on creating the optimal individualized treatment plan.

Acute withdrawal, the first week, will start soon after the addict stops drinking. This will usually be within a few hours, although this can vary based on the physiological factors and their alcohol consumption immediately before stopping.

The range of symptoms can include anxiety and depression, tremors, nausea, vomiting, sweating, sleep problems and, in extreme cases, heart failure.

The minor symptoms are the first to show. Typically minor, these symptoms would be considered easily manageable by most people and include things like headaches and slight tremors.

This will be followed by moderate symptoms. Usually starting between 12-24 hours after the last drink, these symptoms can be more severe. The body will attempt to expel toxins however it can. The patient may start sweating and feeling nauseous. They may also experience vomiting and diarrhea, and dehydration is a risk. Those who experience more severe symptoms might also suffer fever and confusion during this stage.

This is also the point where the patient is likely to feel the psychological effects of withdrawal. Alcohol is a depressant and, when it is constantly present in the system, the brain attempts to compensate for the depressant effect by increasing production of chemicals like dopamine. Now alcohol has been removed dopamine production is frequently severely limited or even stopped, resulting in the patient feeling depression or anxiety.

Severe symptoms will start between two and four days after the last drink. Most patients will not experience these, but those that do can find the experience distressing and traumatic. The severe symptoms can include confusion and disorientation, seizures, tremors, and hallucinations.

The most severe symptoms are delirium tremens, better known as DTs. Around five per cent of patients will experience these and they can have a mortality rate of between three and fifteen per cent. This means it’s essential alcohol detox is medically supervised.

It is impossible to accurately predict what level of symptoms a patient might experience, although the risks can be indicated based on their history of alcohol use. A key indicator is previous attempts at withdrawal. There appears to a process, known as kindling, in which successive withdrawal attempts get progressively worse. An addict with only mild symptoms on their first detox might find, many relapses later, they experience severe symptoms at each detox.

After five days, the physical symptoms of withdrawal begin to subside, and are generally over between day seven and ten. The psychological effects of alcohol addiction, however, will last longer. Although the body can be quite efficient at processing and removing toxins, the changes to the brain will require more time, and more support, to repair.

What happens after detox?

Although the body has processed the toxins created by alcohol and the physical symptoms have passed, other effects may linger for a lot longer. Although not formally recognized, there is a growing acceptance that those who have gone through withdrawal may suffer from post-acute withdrawal syndrome.

Post-acute withdrawal syndrome is not, technically, a part of detox, since it occurs after the body has detoxified itself. It may, however, be a consequence of the brain’s structure and pathways being unable to adapt to the absence of alcohol as quickly as the rest of the body.

Former alcohol addicts with post-acute withdrawal symptoms may experience ongoing psychological symptoms including depression and anxiety, and sufferers report symptoms like mood swings, sleep disruption and anxiety, restlessness, loss of appetite and continued cravings. Since these might prompt relapse it’s important to continue to seek medical and peer support after withdrawal to help stay sober.

What is a medical alcohol detox?

Alcohol detox at Purify™ will involve an intake or admission, which is thorough medical and therapeutic assessment of the problem. This will consider things like the length and severity of the addiction, previous withdrawal attempts, family history, support structure, and physical and mental health. This stage will consider how the detox process might progress. 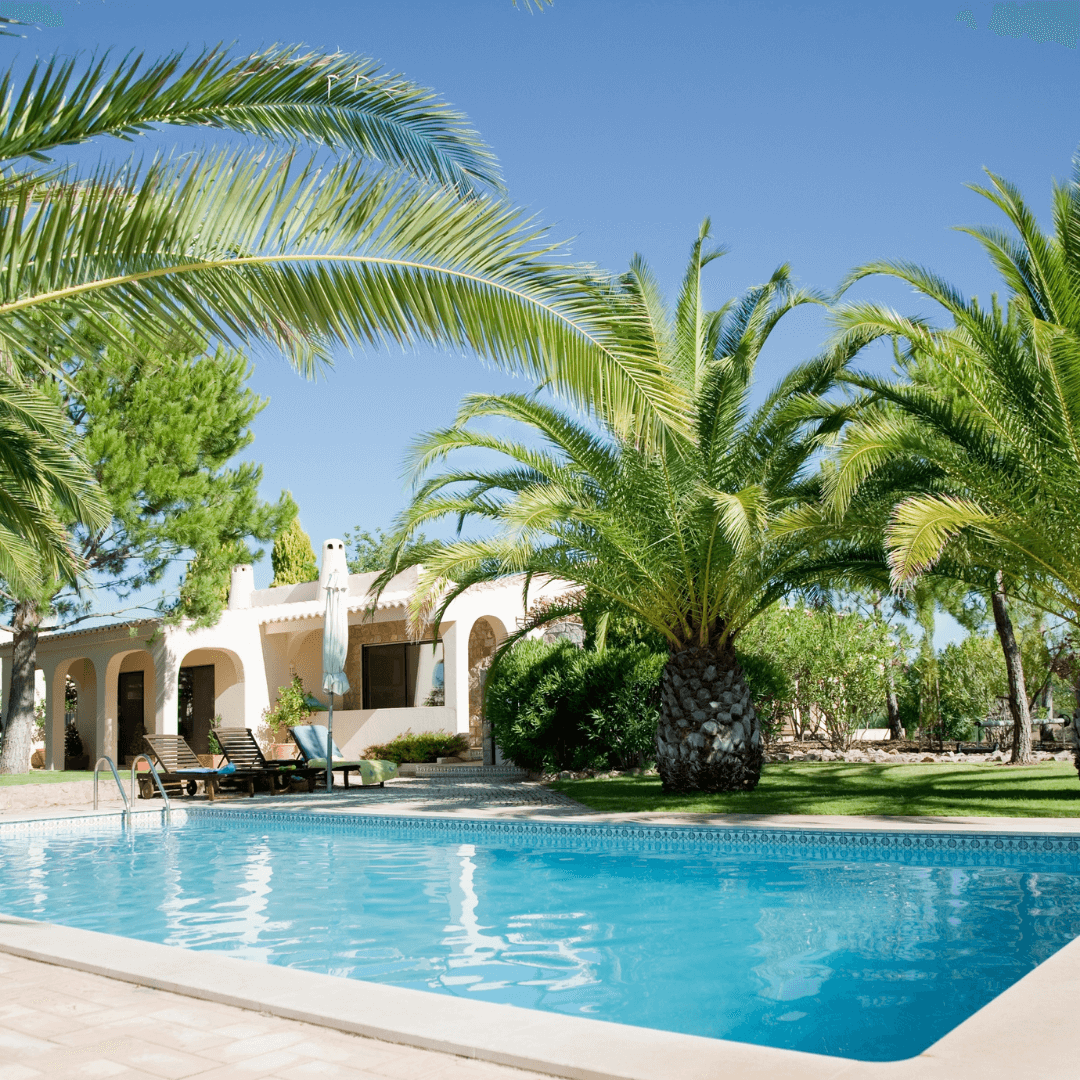 The medical support for detox itself is largely responsive. It is there to ensure that risks or dangers are identified and managed promptly and appropriately, and to help manage the symptoms of detox as they progress.

The most common medications are modern benzodiazepines. These work on the central nervous system and can help manage tremors and spasms. They also have an anti-anxiety affect, so can help manage some of the psychological symptoms.

The final part of the alcohol detox process is stabilization. Detoxification and withdrawal from alcohol is a profound change for a body. While many of the physical adjustments the body makes will take place quickly, some adjustments, especially the neurological ones, will take a lot longer. This is why the detox process is a starting point.

Stabilization, like detox, is not a cure, but instead the creation of a stable starting point to begin the process of rehabilitation and recovery at Hacienda Paradiso.

Escape to the beautiful countryside with us at Purify™ and begin your recovery journey today.

What is alcohol detoxification?

What happens during alcohol detox?

What happens after detox?

What is a medical alcohol detox?

Call Or Text us

Purify™ is part of the Villa Paradiso Group.

We use cookies on our website to give you the most relevant experience by remembering your preferences and repeat visits. By clicking “Accept All”, you consent to the use of ALL the cookies. However, you may visit "Cookie Settings" to provide a controlled consent.
Cookie SettingsAccept All
Manage consent

This website uses cookies to improve your experience while you navigate through the website. Out of these, the cookies that are categorized as necessary are stored on your browser as they are essential for the working of basic functionalities of the website. We also use third-party cookies that help us analyze and understand how you use this website. These cookies will be stored in your browser only with your consent. You also have the option to opt-out of these cookies. But opting out of some of these cookies may affect your browsing experience.
Necessary Always Enabled
Necessary cookies are absolutely essential for the website to function properly. These cookies ensure basic functionalities and security features of the website, anonymously.
Functional
Functional cookies help to perform certain functionalities like sharing the content of the website on social media platforms, collect feedbacks, and other third-party features.
Performance
Performance cookies are used to understand and analyze the key performance indexes of the website which helps in delivering a better user experience for the visitors.
Analytics
Analytical cookies are used to understand how visitors interact with the website. These cookies help provide information on metrics the number of visitors, bounce rate, traffic source, etc.
Advertisement
Advertisement cookies are used to provide visitors with relevant ads and marketing campaigns. These cookies track visitors across websites and collect information to provide customized ads.
Others
Other uncategorized cookies are those that are being analyzed and have not been classified into a category as yet.
SAVE & ACCEPT